Mirjana's Meeting With Pope St. John Paul II: He Believed Medjugorje Was The Answer to His Prayers! 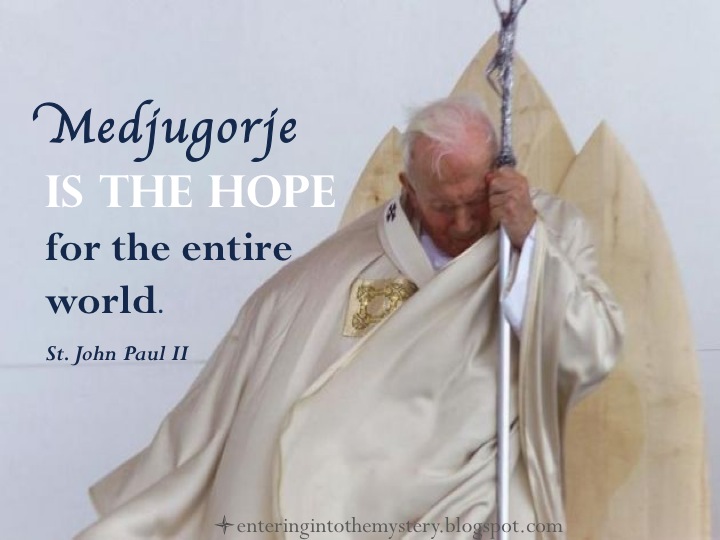 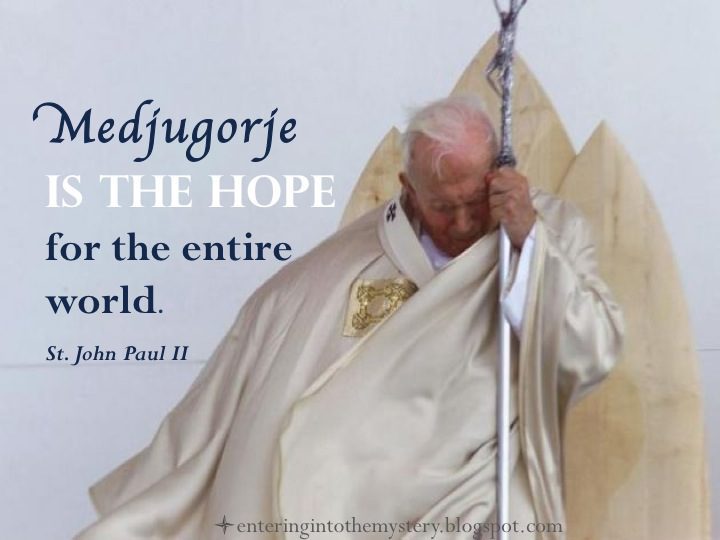 On this anniversary of Pope St. John Paul II’s death on April 2, 2005, I wanted to share the amazing firsthand account of a meeting he had with the reported visionary, Mirjana Soldo, in July 1987.

Mirjana writes about the meeting in her autobiography, My Heart Will Triumph.


While visiting the Vatican with a Croatian youth group to Rome for a papal audience on July 22, 1987, Mirjana first encountered John Paul II. As the Pope walked among the people giving blessings, he put his hand over Mirjana’s head and blessed her. After he had done so, an Italian priest informed him who Mirjana was. After hearing that this was Mirjana, the reported visionary of Medjugorje:

he stopped, came back and reach out to bless me again. I was frozen. His vivid blue eyes seemed to pierce my soul. Unable to think of any words to say. I bowed my head and felt the warmth of his blessing. When he left again, I turned to the Italian priest and joked, “He just thought I needed a double blessing.” We both laughed.

Later that afternoon… I was shocked to receive a personal invitation from the pope. He was requesting that I come to meet with him privately the next morning at Castel Gandolfo…

Mirjana writes of Pope John Paul II’s tenderness and love and how she was moved to tears upon meeting him the following morning. She writes of their struggle to understand each other until they found out they both could speak Italian.

We talked about many things – some I can share, some I cannot -and soon I felt at ease in his presence. He spoke with such love that I could have talked with him for hours.

And includes the following conversation:

“Please ask the pilgrims in Medjugorje to pray for my intentions,” he said.

“I will, Holy Father,” I assured him.


“I know all about Medjugorje I’ve followed the messages from the beginning. Please, tell me what it’s like for you when Our Lady appears.”

The pope listened intently as I described what I experienced during apparitions. At times, he smiled and gently nodded his head.

“And when she departs,” I concluded, “I feel so much pain, and all I can think of in that moment is when I will see her again.”

The pope leaned towards me and said, “Take good care of Medjugorje, Mirjana. Medjugorje is the hope for the entire world.”

The pope’s words seemed like a confirmation of the importance of the apparitions and of my great responsibility as a visionary. I was surprised by the conviction in his voice, and by how his eyes sparkled every time he said the word Medjugorje – not to mention how well he pronounced the name of the village, which had always been so amazingly difficult for outsiders to say.

“Holy Father,” I said, “I wish you could see all the people who go there and pray.

The pope turned his head and gazed towards the east, releasing a pensive sigh.

“If I were not the pope,” he said, “I would have gone to Medjugorje a long time ago.”

I will never forget the love that radiated from the Holy Father. What I felt with him is similar to what I feel when I am with Our Lady, and looking into his eyes was just like looking into hers. Later, a priest told me that the pope had been interested in Medjugorje from the very beginning, because right before our apparitions started, he had been praying for Our Lady to appear again on Earth.

“I cannot do it all alone, Mother,” he prayed. “In Yugoslavia, Czechoslovakia, Poland and so many other communist countries, people cannot freely practice their faith. I need your help, dear Mother.”

According to this priest, when the pope heard that Our Lady had appeared in a tiny village in a communist country, he immediately thought Medjugorje had to be an answer to his prayers.

In a talk Mirjana gave to pilgrims, she told the following story of how John Paul II’s desire to come to Medjugorje was fulfilled after his death:

On the Mount of Apparitions, I saw a pair of shoes of the Pope in front
of me. After the apparition, the gentleman who brought these shoes (he
didn’t introduce himself) said, “It was the Pope’s desire for a long
time to come to Medjugorje. So I said to him, ‘If you do not go, I will
take your shoes.’ And that is how I brought his shoes, so they may be
present during the apparition.” And that is how Saint John Paul II’s
desire to come to Medjugorje was satisfied.”

I pray that these stories about John Paul’s belief in Medjugorje may inspire us to learn more about the reported apparitions of Medjugorje and take the messages of Our Blessed Mother to heart – for if these almost 38 years of daily apparitions are really an answer to John Paul’s prayers, their importance cannot be overstated.

For more information about Medjugorje, see:

What Are We to Believe About Medjugorje? Here Are the Facts 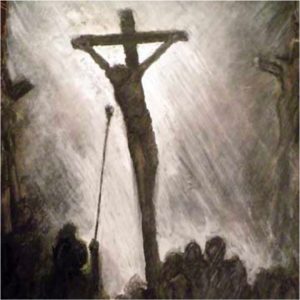 Day 16: God Alone – With, In and through Mary – 33 Days to Total Consecration

“I am all yours, and all that I have is yours, O most loving Jesus, through Mary, your most holy Mother”  (True Devotion, 233). DAY 16 of 33:  SECTION 2: Contemplate the Our Father as we take St. Maximilian Kolbe and St. Mother Teresa as our guides. Action: 1. Resolve to pray a complete set 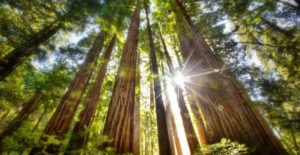 Imagine giant redwoods bending beneath the force of the wind as they sway several hundred feet back and forth towards the ground without breaking.  A priest recently spoke of this – sharing that equally impressive to the redwoods’ towering height is their massive root system that intertwines with the roots of other redwoods around them. As their roots stretch 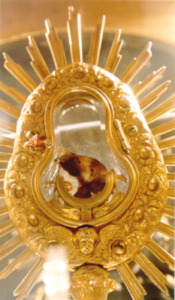 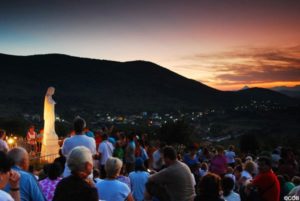 There is tremendous confusion surrounding the status of Medjugorje.   I am writing this to provide some clarification.   This clarification has received acceptance from my Diocesan office.   There is much talk of Medjugorje being banned!  However, we must stop speaking this way.   There is NO BAN!  Much of the confusion has stemmed from

PrevPrevious"Dear children, you forget that you are all important." Medjugorje Lenten Homily by Father Slavko
NextVicka on Fasting: "If You Fast Out of Love it Will Not Be Difficult"Next
Scroll to Top