The Weakness of God is Stronger Than Men 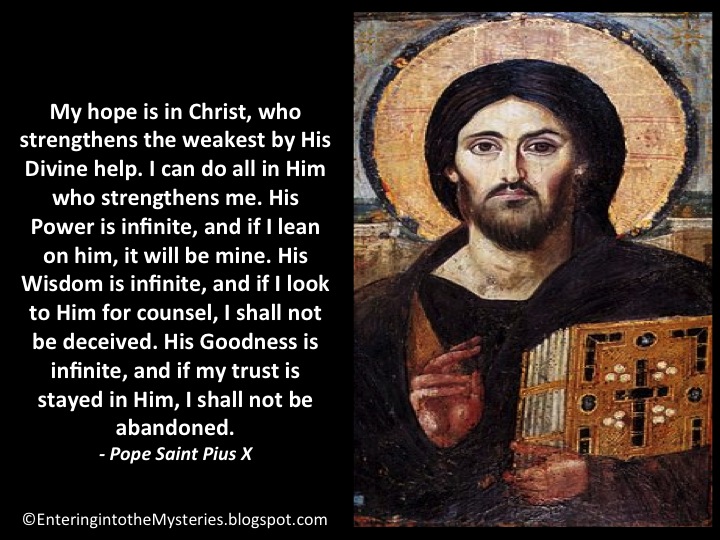 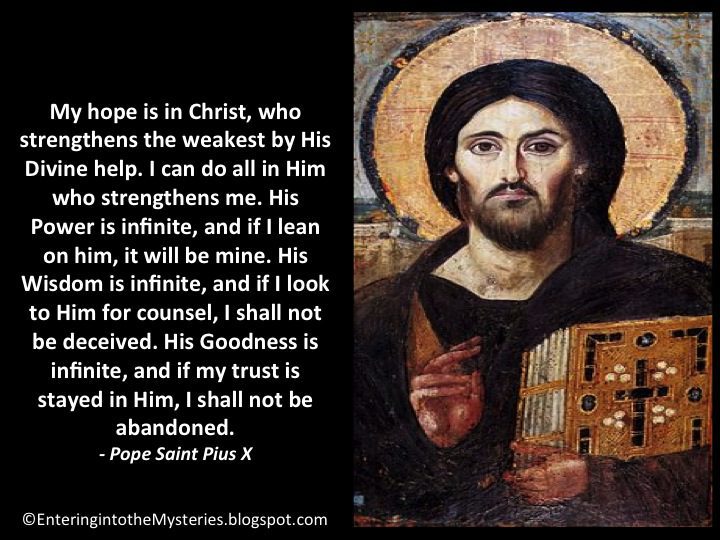 I love this quote!

As evil and darkness appear to be growing ever stronger in our nation and in the world, it is easy to get discouraged and frightened.

When we become fearful and discouraged, we must remember that Satan was at his strongest when he “killed God”.  Satan must have laughed when he saw Jesus die on the Cross, and thought in pride that all of humanity and the world had been won for himself.

Yet, Satan’s ultimate victory in Christ’s death, became the everlasting and eternal victory of God – and Satan’s eternal and everlasting defeat!

I’m sure Satan believes he again is winning, but God is not dead!
Let us not listen to his laughter or his lies.
Let us not fear, for Jesus told us:

God’s power is infinitely greater than the trials we are enduring at this time!

Let us remember the wonders He has done from the beginning and how He was able to form His Universal Church through the same weak men, who (all but one), had been too traumatized and frightened to stand by Jesus at the Cross. The reading the Church offers us today powerfully reminds us of this fact:

From a homily on the first letter to the Corinthians by Saint John Chrysostom, bishop

The weakness of God is stronger than men

It was clear through unlearned men that the cross was persuasive, in fact, it persuaded the whole world. Their discourse was not of unimportant matters but of God and true religion, of the Gospel way of life and future judgment, yet it turned plain, uneducated men into philosophers. How the foolishness of God is wiser than men, and his weakness stronger than men!

In what way is it stronger? It made its way throughout the world and overcame all men; countless men sought to eradicate the very name of the Crucified, but that name flourished and grew ever mightier. Its enemies lost out and perished; the living who waged a war on a dead man proved helpless. Therefore, when a Greek tells me I am dead, he shows only that he is foolish indeed, for I, whom he thinks a fool, turn out to be wiser than those reputed wise. So too, in calling me weak, he but shows that he is weaker still. For the good deeds which tax-collectors and fishermen were able to accomplish by God’s grace, the philosophers, the rulers, the countless multitudes cannot even imagine.

Paul had this in mind when he said: The weakness of God is stronger than men. That the preaching of these men was indeed divine is brought home to us in the same way. For how otherwise could twelve uneducated men, who lived on lakes and rivers and wastelands, get the idea for such an immense enterprise? How could men who perhaps had never been in a city or a public square think of setting out to do battle with the whole world? That they were fearful, timid men, the evangelist makes clear; he did not reject the fact or try to hide their weaknesses. Indeed he turned these into a proof of the truth. What did he say of them? That when Christ was arrested, the others fled, despite all the miracles they had seen, while he who was leader of the others denied him!

How then account for the fact that these men, who in Christ’s lifetime did not stand up to the attacks by the Jews, set forth to do battle with the whole world once Christ was dead—if, as you claim, Christ did not rise and speak to them and rouse their courage? Did they perhaps say to themselves: “What is this? He could not save himself but he will protect us? He did not help himself when he was alive, but now that he is dead he will extend a helping hand to us? In his lifetime he brought no nation under his banner, but by uttering his name we will win over the whole world?” Would it not be wholly irrational even to think such thoughts, much less to act upon them?

It is evident, then, that if they had not seen him risen and had proof of his power, they would not have risked so much.

RESPONSORY 1 Corinthians 1:23-24; 2 Corinthians 4:8; Romans 8:37
We preach Christ crucified, a stumbling block to Jews and an absurdity to Gentiles,
but to those who have heard his call,
— Christ is the power of God and the wisdom of God.

We are afflicted in every way possible, but in all of these trials the victory is ours,
because of Christ who loves us.
— Christ is the power of God and the wisdom of God.

If God could build and form His Church with such weakness, how much can He do with us — weak and sinful as we are, if we but put our faith and trust in Him and the power of the Resurrection?!

Today the Church remembers Bartholomew, one of the Twelve Apostles of Christ’s and an amazing saint who brought the faith to Asia Minor, Ethiopia, India and Armenia.
As we commemorate him, we ask him to remember us in prayer. He, who was so strong in faith that he endured martyrdom by being flayed alive!
Please, St. Bartholomew, intercede for us in these dark and evil times, and help us remain strong and steadfast in our trials.

“For thus said the Lord God, the Holy One of Israel:By waiting and by calm you shall be saved, in quiet and in trust your strength lies. But this you did not wish. “No,” you said, “Upon horses we will flee.” Very well, flee! “Upon swift steeds we will ride.” Not so swift as your pursuers. A thousand shall tremble at the threat of one; if five threaten you, you shall flee, Until you are left like a flagstaff on the mountaintop, like a flag on the hill. Yet the Lord is waiting to show you favor, and he rises to pity you; For the Lord is a God of justice: blessed are all who wait for him!”

Jesus, have Mercy on us!
All the martyrs of the Church, pray for us now!
Mary, Queen of Martyrs, pray for us!
We know we will never hope in vain! 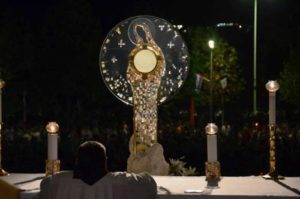 Are We Living the Messages of Medjugorje? Vicka Guides Us In Praying With the Heart 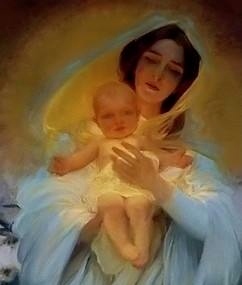 Latest Message from Our Lady Queen of Peace in Medjugorje

Our Lady’s message through Mirjana Soldo of March 2nd, 2019 Dear children, I call you ‘apostles of my love’. I am showing you my Son who is the true peace and the true love. As a mother, through the mercy of God, I desire to lead you to Him. My children, this is why I

Day 13: God Alone – With, In and through Mary – 33 Days to Total Consecration

“I am all yours, and all that I have is yours, O most loving Jesus, through Mary, your most holy Mother”  (True Devotion, 233 DAY 13 of 33:  SECTION 2: Contemplate the Our Father as we take St. Maximilian Kolbe as our guide. Action:  1. Resolve to pray a complete set of mysteries of the 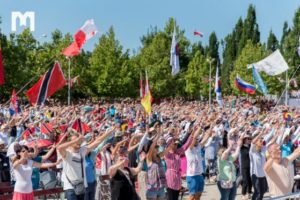 2019 Medjugorje Youth Festival – 30th Annual Mladifest! I wanted to share about an amazing 5-day event that took place in Medjugorje at the beginning of August. At which, Archbishop Henryk Hoser, the Pope’s personal representative to this place of ongoing daily reported apparitions lasting nearly 40 years, spoke of Medjugorje as being“something that one

PrevPreviousNovena to Restore the Foundation and Pillar of the Family; Men and Fathers
NextWhat if God Stopped Sending Our Lady to Us in Medjugorje?Next
Scroll to Top