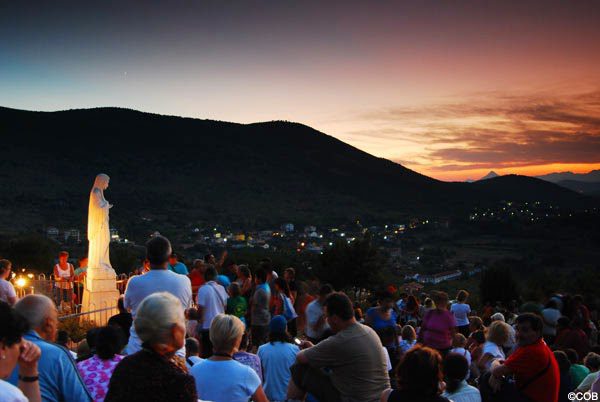 The latest directive from the Apostolic Nuncio stated that the
faithful “are not permitted to participate in meetings, conferences or
public celebrations during which the credibility of such ‘apparitions’
would be taken for granted.”

This directive was issued when a Catholic parish advertised an apparition of the Blessed Mother in its promotions of an event, in which Ivan Dragicevic (one of six alleged visionaries of Medjugorje), was to speak. This directive was sent to the local
bishop (and subsequently forwarded to all U.S. bishops).

The directive was written to address this specific occurrence, and to ensure that similar promotions — advertising apparitions, and thus, taking for granted the credibility of these same apparitions — would cease to occur.

A more recent event scheduled in St. Charles, MO, advertised
their event in the exact same way — advertising that an apparition would occur — and thus the event was prohibited from taking place.
However, if credibility of apparitions are not taken for granted,
we are FREE to meet, and so we must stop saying there is a
ban!
The enemy wants there to be a ban,
for us to believe it and
to go around saying there is one.
But, there is no ban — it’s a directive to not presume
authenticity.
Nothing more!
It’s a directive that states we cannot
presume the credibility of the apparitions nor advertise that an apparition will take place.
Saying there is a ban is feeding into the enemy’s plan
–it’s a
charged word that the Papal Nuncio never wrote in his directive.
Saying
there is a ban is inciting misinformation
it’s inaccurate
and again,
it’s
feeding into the enemy’s plan,
which is to make everyone think that believing in or
talking of Medjugorje is banned.
This is not the case!
We cannot presume Medjugorje’s authenticity nor presume an
apparition will take place, but if we don’t presume or advertise these things
as if they have already been deemed authentic, (the Church has made no final judgment) we can still meet!
So, what does this look like?
–Not taking the credibility of apparitions for granted in Medjugorje meetings, conferences and the like?
1. Share the Papal Nuncio’s directive with the group and explain the group’s adherence to it.
2. Clarify that our faith does not rest on Medjugorje, but rests
on Public Revelation and we need always be obedient to the Church’s
judgment.
3. Recognize that we cannot advertise nor promote the reported
apparitions as having full authenticity of the Church—
4. Know that we can share reports of healings, conversions,
vocations, as well as the reported messages –as well as, our personal stories and experiences and our
own beliefs regarding Medjugorje, IF we clarify that these are our own
personal judgments.

Then, we are
not taking for granted the official approval of the Church, and thus, meetings regarding Medjugorje cannot be banned!
While keeping all
this in mind,
we must also
proclaim that in the 33+ years
of reported ongoing apparitions,
the
Church has found nothing to condemn,
nor does it condemn people reporting or
having meetings in which
we celebrate and speak of the tremendous fruits that
have been documented –nor does it condemn those striving to live prayerful lives of
conversion, Eucharist, Confession, Scripture and fasting.

We may continue to live and report on the messages of Medjugorje that consist of conversion and peace, by praying with the heart through Scripture, the Rosary, prayer for our shepherds, of fasting, Eucharist and confession.

And, I encourage everyone to live the reported messages ever more fully, as they are extraordinary effective means of living the Gospel message.  And to be even more humble and take the directive simply for what it is — paying attention to what it says — adding nothing more to it, nor taking anything away from it.
And, I reiterate, we must never speak of Medjugorje as being banned!
Below are further clarifications regarding recent articles:
Regarding the article that
calls into question the Papal Nuncio’s directive… I believe it is a mistake to
speak of the papal nuncio’s directive as a misquotation.  (Who are we to
say such things?)
Regarding the misinformation about the reported visionary Ivan being banned from
speaking:
I spoke to the organizers of the event in St. Charles, MO before it got canceled —
because I wanted to understand why they would advertise Ivan as a visionary as
well as an apparition taking place –which is exactly what the Papal Annuncio’s
directive said we cannot do. In my opinion, the action is a reflection of the
organizer’s disregard for the directive that made the CDF step in to assure the
directive was being adhered to.  The CDF’s statement when it stepped in to halt this gathering specified Ivan by name because it was regarded Ivan in particular —
because it was Ivan who was supposed to speak and have an apparition each time.
I tried to speak to the organizers in love– suggesting they advertise it
differently.  I believe if they would
have had advertised Ivan as a “reported” visionary and not advertised
that an apparition would take place, they would not have been prohibiting from
having him speak.  They told me when I
called they believed since they were holding the event in a public place the
directive wouldn’t be disobeyed.

Thus, Ivan Dragevic is not banned from speaking if the Bishop’s permission is obtained and all persons and promotions agree to adhere to the Papal Nuncio’s directive of not advertising apparitions, nor taking their credibility for granted. 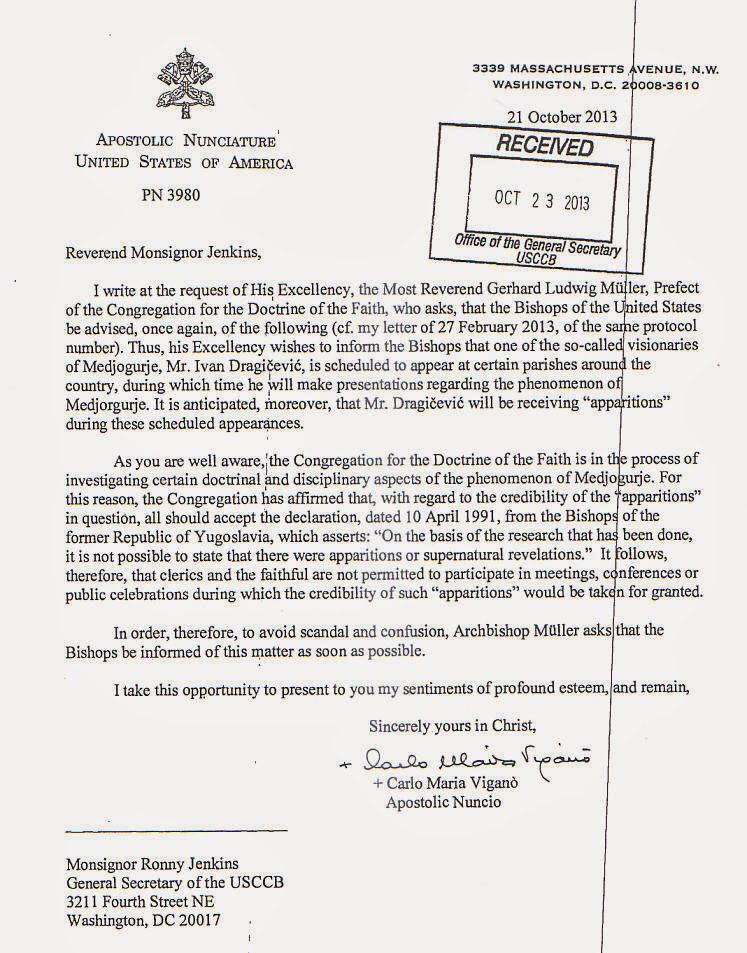 This will be one of a series of articles on Medjugorje.
Please see my previous article, St. John Paul II and Medjugorje for more information. 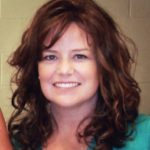